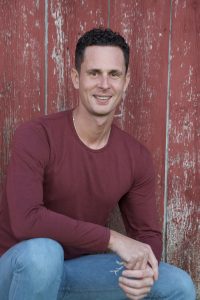 I grew up in an upper-middle-class neighborhood without a want or need that my family couldn’t fulfill. I set out to play college basketball, study finance, and pursue an investment banking career. It seemed like a pretty standard route for those that study business or finance – or so I thought. Always shoot for the top! Upon graduating during the 2007/2008 financial crisis, my finance degree proved to be useless.

I found work in Oklahoma doing due diligence on oil and gas transactions until the bottom fell out of the oil market. Half of our company was laid off, including me. I then ventured to Tennessee to help at a company that had just opened, only to find out four months later, they didn’t have the money for a new position. My journey took me back to Wisconsin, where I helped local businesses get off the ground and strategize their growth.

In 2010, my endeavor began when I partnered with a friend to buy an automotive repair business in Arizona. I felt forced down this unanticipated path and did not appreciate getting thrown all over the place, especially without solid footing or stability.

I started to question everything! What in the hell was I doing with my life, and how did my upbringing play a role?

My father was a chiropractor by trade and constantly sought out new methods of healing for his patients. As a result, I learned to understand chiropractic care, alternative health remedies, organic whole food nutrition, dowsing, energy, frequency, and how to apply it all for healing and life. On the other hand, I learned detrimental mindsets and family patterning were playing a role. I wondered why I would repeat the same destructive cycles in relationships or why I was afraid of failure, or where random triggers came from with no apparent reason. Didn’t God create us perfectly?

I realized and paid attention to how energy/frequency directly impacted the success or failure of my business and investments. When I lived half a block from high-tension power lines, I found that my immune system and health got destroyed. Additionally, I had a “chance” encounter with a lady who has studied and decoded the Bible for the last 23 years of her life, which called attention to the space unseen.

I always knew there was more to see than what meets the eye, and I was finally able to start connecting dots that had always left me perplexed or frustrated. I had to know how everything worked and how to apply it, how frequency relates to spirituality, how it plays a role in businesses, everyday relationships, or any aspect of life. What it led me to is God. I’ve come to understand nothing good happens without God and all the moving parts are finely entwined. We all have free will and are also led down specific paths.

In 2011, I found my current project – an early-stage mining venture in the heart of Sonora, Mexico. Hands down, the most challenging task and obstacle I’ve ever faced in my life! It’s directly related to God, energy, faith, and who I’m supposed to be in the eyes of God.

We used energy and geological exploration techniques to survey the property for minerals. The testing anomalies that resulted after that confused even the most experienced geologists. The samples would show fantastic one day but not the next. How do you explain that to people? Geologists from all over could see the gold, but it only tested at the lab when it wanted to? How do the samples crash the computers at a lab? Why would you get put on the FAA “random” terrorist watch list directly after the lab incident? I’ll leave the cartel kidnapping of my partner for another time. But is this all one big coincidence?

I realized that there’s much more going on. I also had to determine why gold has so much power and why it’s so important. If frequencies can affect chemistry and biology, how could I use an overriding ‘Charge’ to effect lasting change? The answer lies within gold’s spiritual significance. According to alchemy, it’s every element’s purest form and is incorruptible in that state. Ancient civilizations at every point in history understood this.

As a populace, we suffer from a lack of knowledge. When faced with seemingly impossible circumstances, we must look at the situation through a different lens to better understand it. For me, this hasn’t come without a price. I’ve had years of spiritual warfare, out-of-body experiences, visions, and random attacks. I didn’t ask for any of it. It’s affected my whole life, from relationships to finances and everything in between. My faith has carried me through the fire, and I wouldn’t change any of it!

God gives everyone their path, and I don’t think of myself any differently for the way mine has gone. We were all created, and that alone makes us all special. It’s getting back to that foundation of who you are in the eyes of God, not in what the world thinks you should be. And this is where our journeys collide!