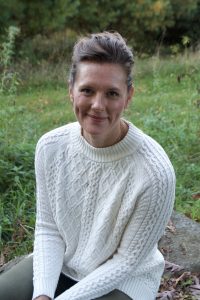 On the outside, our lives and our family looked normal. Everyone’s seemingly do. What Chris and I realized is that was the whole point – it seems normal and looks normal but it’s far from normal and as we’ve come to understand, even further from acceptable.

We grew up in an upper middle-class family in the suburbs of Madison. Our parents owned a chiropractic and nutrition clinic. Because of this exposure, I always had an interest in food, cooking and nutritional therapy from a young age. How the body worked absolutely intrigued me. In high school I really started putting effort into learning what properly fueled an athletic body. I had switched to rowing as my main sport. I realized rowing would require both physical stamina and intense mental fortitude. This was exciting for me because for some reason, if I could mentally do it, I always knew my physical body would be able to keep up. This was my first real understanding of the mind-body connection.

The outlook and training served me well at first. I was awarded a full athletic scholarship to UCLA. It was during my time training at UCLA that I was exposed to yoga and meditation. Taking the time to slow down (even though it was 90 minutes of Power Yoga) and focus on my breath allowed me to become a smoother rower with more power. I was able to stay calm in the face of adversity after just honing in on my breath for 90 minutes once or twice a week. Again, my ideas of what was possible, expanded. Up until this point in life, I was taught and wholeheartedly believed that my success was due to my hard work and that a strong individual didn’t need anything or anyone else. I realized this was a foundational teaching of my upbringing. ”I was tough. I didn’t need anyone else!” or so I thought. Only narcissists believe they can achieve everything on their own!

Fast forward several years: I’m consulting with healthcare practitioners across the state, helping them to integrate nutritional therapy into their clinics, taking over my parent’s clinic while being their physical, mental and emotional pillar. After years of health struggles with both my parents, my mom died. My life changed instantly but not because of her death. Rather, it changed because of what was released by her death. Her passing removed the foggy lens. This allowed Chris and I to see the lies, distortion and lack of unconditional love that was our upbringing. I felt everything I had been taught was not only a lie but also rooted from a place of hatred and jealousy. I started to analyze myself: What made me tick? Why was I always so hard on myself? Why was I able to push myself past the conceivable limits every single time? Why was I even successful?

I was forced to analyze what beliefs, characteristics and routines were mine and which were a product of my upbringing? Very few were mine. Ok, then who was I? I knew in my heart who I was. I could feel that vibration. However, I wasn’t able to fully express it because of these inhibiting layers. The change from who I was acting like to who I was meant to be was happening.

Daily, I help people through this at the clinic. Most often, people come in with physical health ailments. We know very few symptoms are 100% physical. It’s my job to comprehend the difference between what they‘re saying and what they’re meaning. If they’re anything like me, they simply cannot verbalize what they truly want. We help remove the layers stopping them from being them. Whether the change incorporates physical detox, emotional detox or an energetic renewal we simply help initiate and support the process.


The joy in what I do comes not from the physical transformation but from the energetic transformation. People come in for one thing and leave with change including feeling more fulfilled, confident, hopeful and loved. I feel confident enough to say I’m great at what I do. I can say this because it’s not me doing anything. I’m simply a conduit for healing and growth. A greater force, namely God, is working through me every day. We can’t do any of this alone. Healing isn’t a straight trajectory nor does it only involve yourself.

My life hasn’t followed the path I predicted. However, everything that’s happened was meant to, exactly at the time in which it did. Understanding this, allows you to look at situations from multiple perspectives when you are in them. Although there was a lot of pain, frustration and exhaustion in my life thus far, there has also been a lot of enlightenment, forgiveness and love. Thanks to Chris and the ability to share in each of our journeys, my heart has been opened, my perspective forever changed and true healing initiated.